Along with Alatus and Abaddon, Osirus is one of three starter Vessels available at the start of Genesis Augmented Reality. 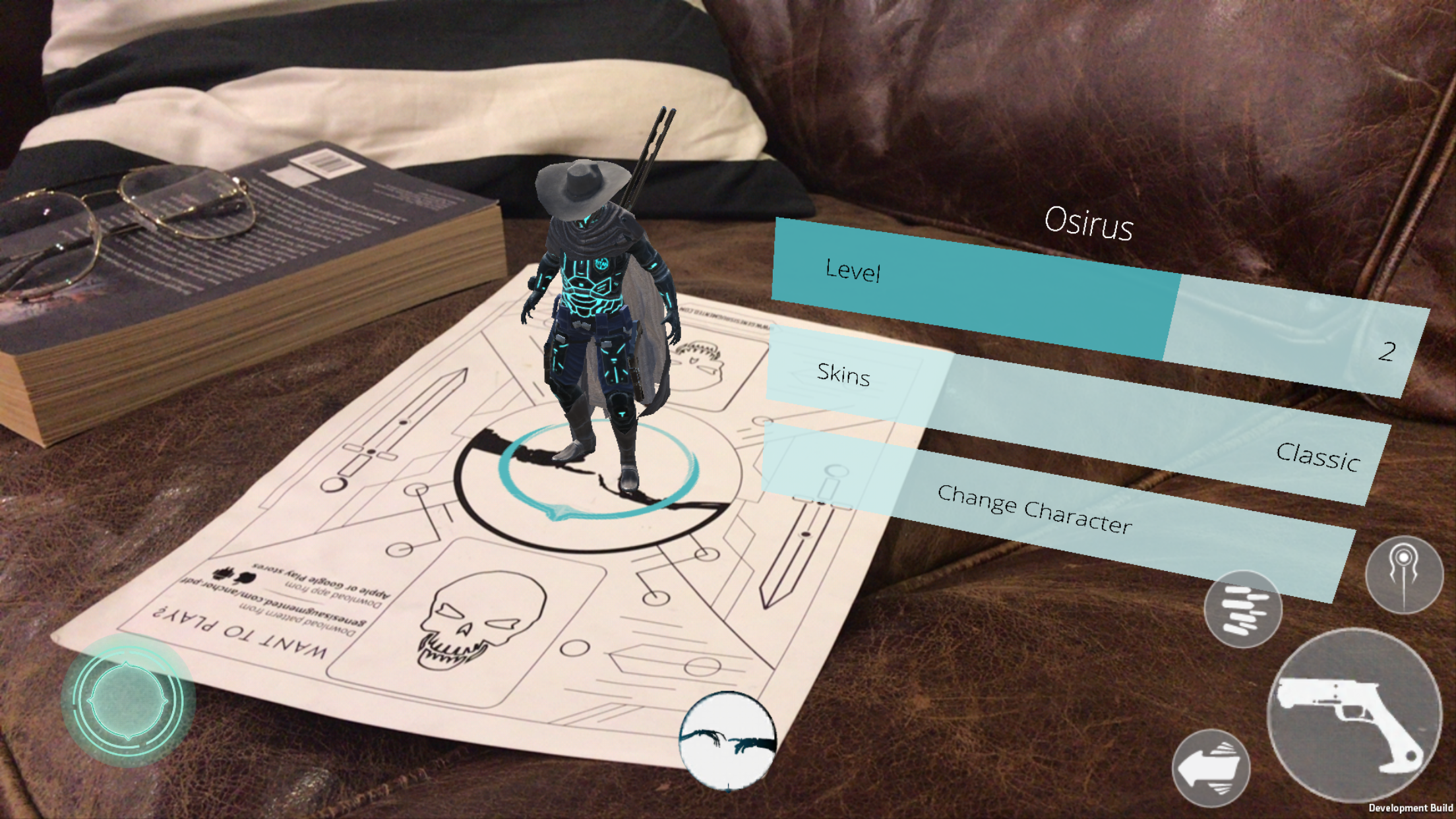 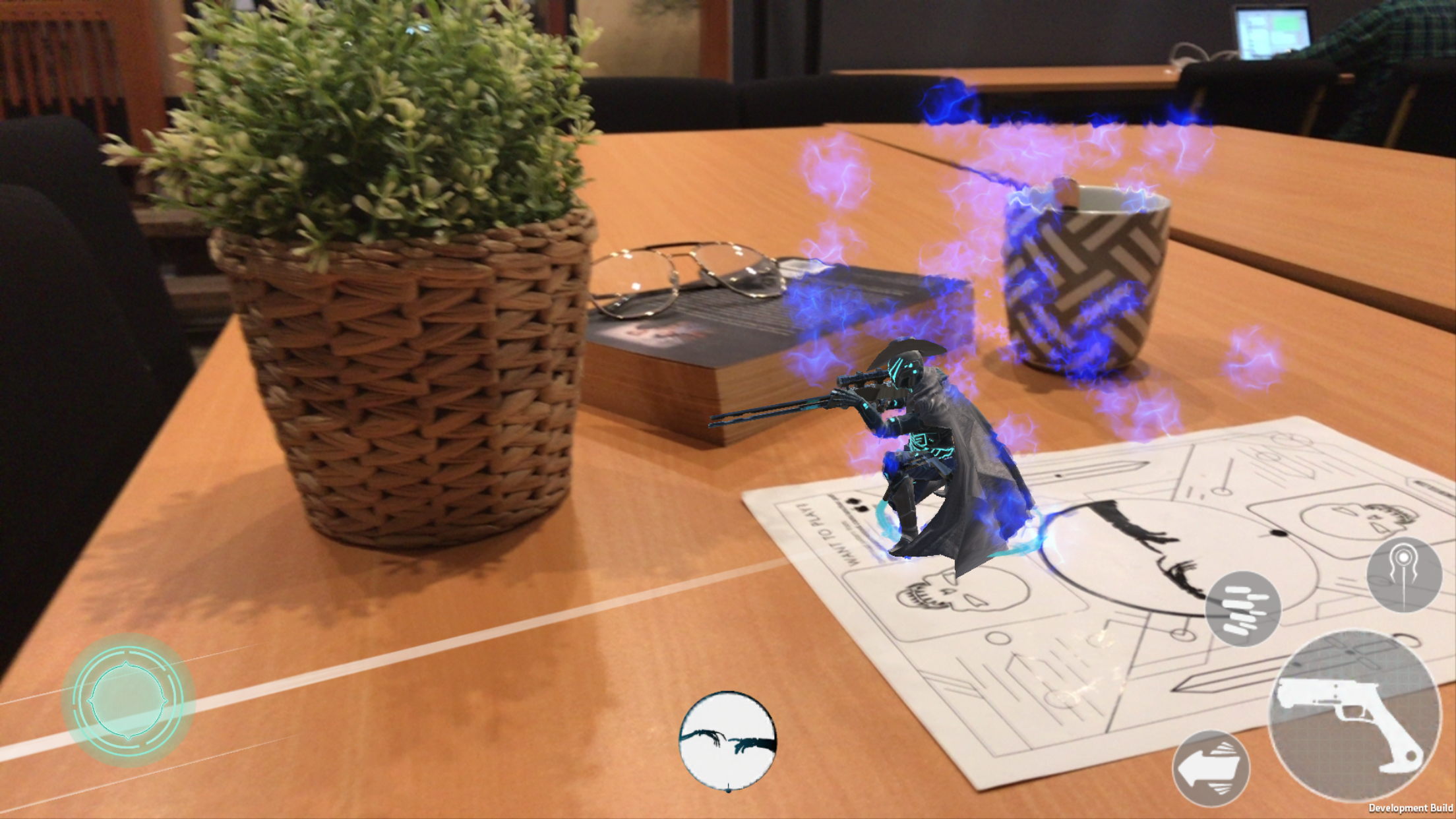 A lone ranger wanders the expanse of space, seeking retribution and bringing swift justice to those who hinder his relentless pursuit. Armed with his two Xypher-27 revolvers and his Tesla rifle, Osirus is a bounty hunter, taking down high profile targets at a high price although it is not money that he fights for.

Osirus is one of the last existing X7-Fayron units. The traditional X7 units were masterpieces of robotic engineering, created by the Hanz-Kromos Corporation in the year 2125. The Fayrons were designed as the ultimate servant that could conduct any action or procedure that its human masters would command. The X7-Fayrons were used on many worlds and proved to be a major asset in off world industry and even sedentary abodes where they were used as household butlers.

The intelligence and physical ability of the X7s led to their end. In the year 2139 the production of these technological marvels ceased and all existing cells were exterminated. Threatened with extinction, the Fayron's learning skills grew at an extreme rate, to the point where these highly intelligent machines developed human emotion. As they became smarter, the humans became more afraid. Upon discovered of these robotic emotions, the Hanz-Kromos Corporation gave the order for all units to be terminated permanently.

Desert planet of Raius. A dwarf planet with thin atmosphere. Inhabited by Raiders, dangerous xeno-fauna and intergalactic criminals hiding from pursuers. Raius is shrouded in an asteroid belt - and is the 3rd largest planet in the Arakus-116 solar system. Very hard to reach without an asteroid orbital map. The terrain is mostly lava rivers and it's deserts are filled with large shifting dunes of Iron and Zerkon dust. No vegetation grows on Raius however there are thin oxygen levels present in the atmosphere.

A fragment from "diary of a doomed scientist"

On the desert planet of Raius, one of the last X7-Fayrons exists, unit number K23O-SYRS-82301-039 or as he likes to call himself, Osirus. He was a prototype X7, developed to be the first combat based Fayron. Due to his heightened sensors and advanced technology, Osirus learnt much quicker than other X7’s, making him amongst the first to show complex emotional responses. When the technicians first saw this behaviour from the prototype, they terminated his systems immediately and erased his memory. Shortly after, the facility that Osirus was developed and tested in was raided by a large bandit war party which saw the destruction of the research outpost but ultimately Osirus’ freedom.

When the raiders finished looting the buildings and slaughtering the workers, the chieftain found the hibernating body of Osirus stored within most secure vault in the facility. The raider chieftain, the renowned Krux-Axelhide was revered as a savage in battle yet had a brilliant knowledge of advanced robotic engineering. Reawakening the memoryless Osirus, Krux took the Fayron into his own hands. For years Osirus was a warrior servant to Krux which molded him into a hardy but passionate Fayron. Osirus lived alongside the barbaric raiders of Raius for 39 years until Krux was viciously betrayed by his fellow warchiefs. Soon after, the raider party Osirus once called his masters were hunted down one-by-one. Ultimately, Osirus was left alone to wander the deserts of Raius only with his knowledge of survival and his ability to kill.