Along with Tyrant and Aurora, Erebus is one of three starter Vessels available at the start of Genesis Augmented Reality ZeroZero. 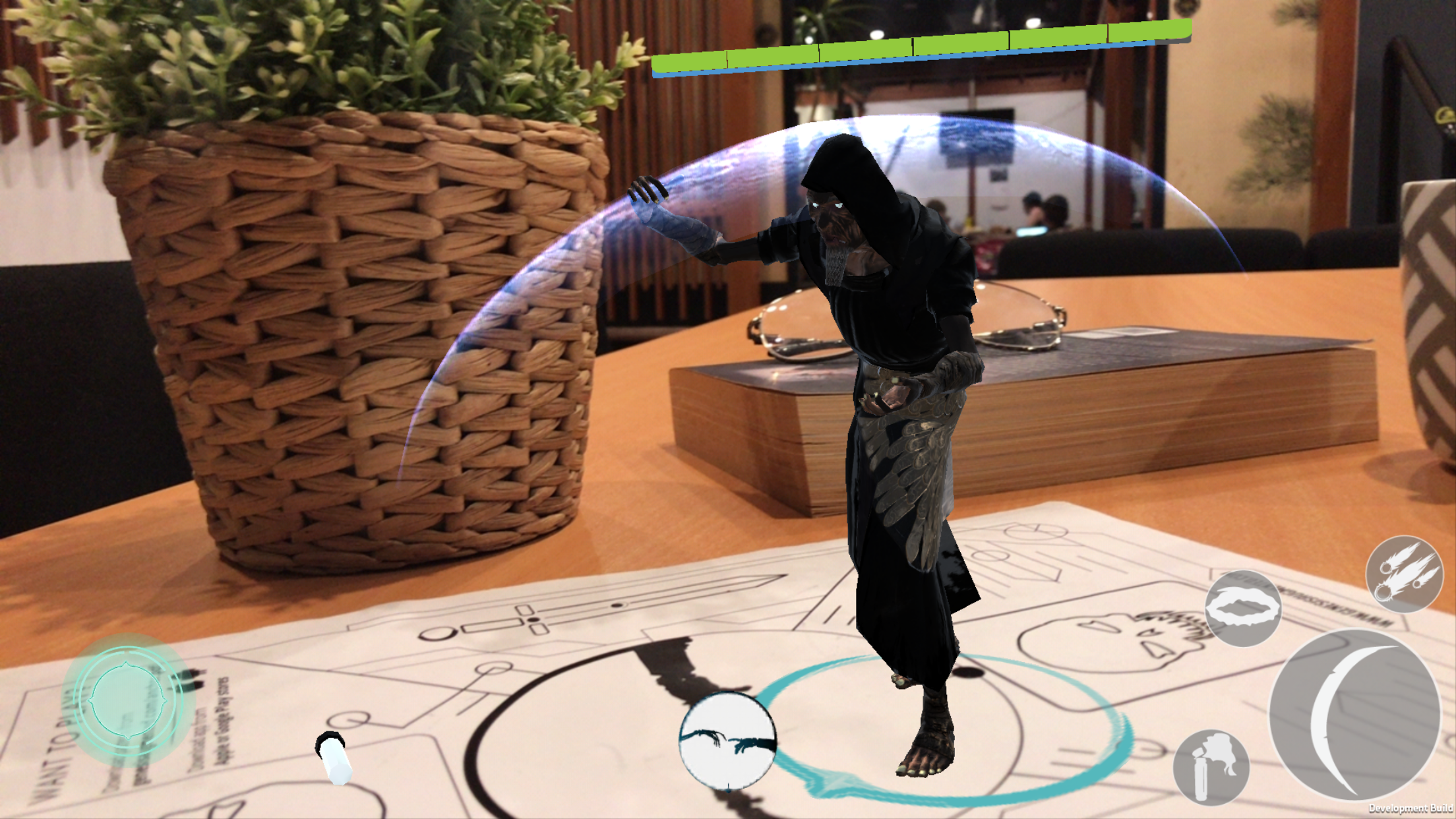 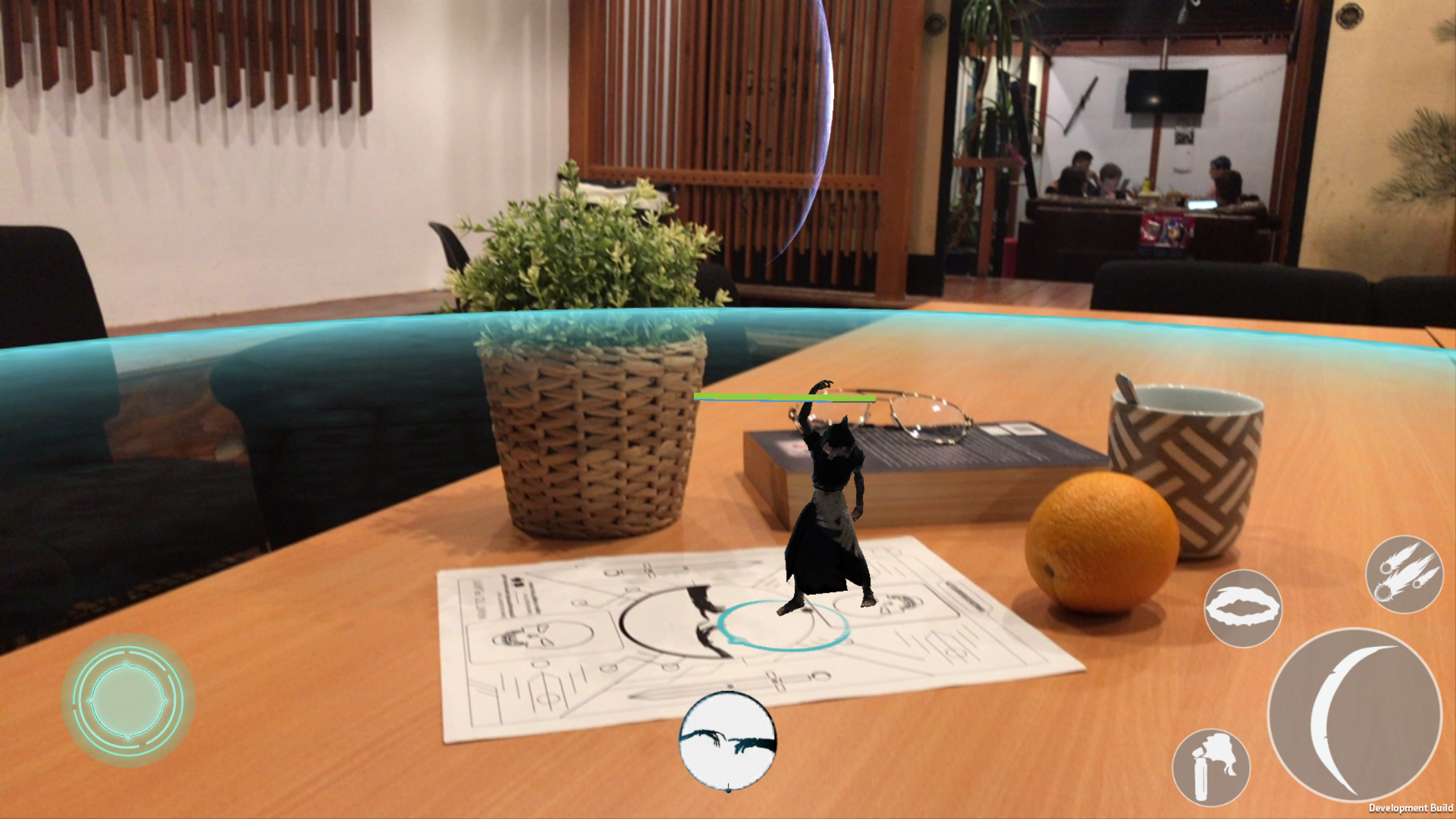 Born into destitute poverty on the streets of Ur, Erebus was a street urchin whom grew accustomed to the cutthroat nature of ancient Sumerian city life. Few friends in an ancient city drove him from sight during the day, and when he emerged into the night his only companion was the wan light of the moon.

Slowly descending into despair as he lived on the fringes of early human society, he grew to hate full light and all it offered to normal society, learning to bathe in the luxury of the soft, calm filtered moon light each evening. He made the deep catacombs his world, retreating from the harsh light of day, and slowly, carefully returning each evening to enjoy the play of the moon on his face.

One early morning, deep in the bowels of his primeval city, a Rift opened, drawing him away from his place and time in history. The raw Mythos, so dark and terrible, engulfed him; feeding off his hatred of the light, it suffused him with the dreadful dark of his subterranean lair. No more can he walk in the light; even the gentle caress of his beloved moon is barred to him forevermore. He carries a moon crescent on his back, to forever remind him of the pale moonlight he can never again see.

Erebus walks through the the decaying, empty streets of Ur. The city slums are engulfed in the starry night, as a soft mist creeps up the walls of the city buildings. The only source of light is the illuminating crescent which Erebus carries on his back. The tips of the crescent emit a star dust which falls onto the floor, leaving a glowing trail. The architecture is very square and straight, with simple lines.

Erebus resembles a hooded beggar with tattered robes, styled in the ancient Sumerian style. Robes have a rough texture, and are dark (but not black) - grey or dark brown. He has a beard, stylised Sumerian (i.e. beaded and square cut) but grey. He wears a simple off white tunic under his robes. He carries a moon crescent over his back, and remains hunched over as he walks. Despite the power he possesses from his moon crescent, his origins remain in the slums of Ur, and Erebus still retains the beaten-down mentality from the years he spent as a street urchin.

Found in a strange passage within the Catacombs 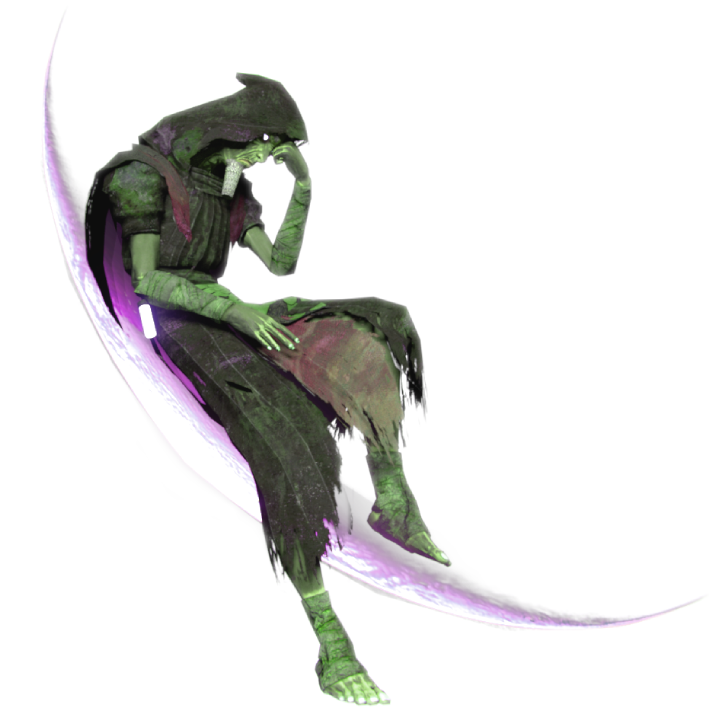 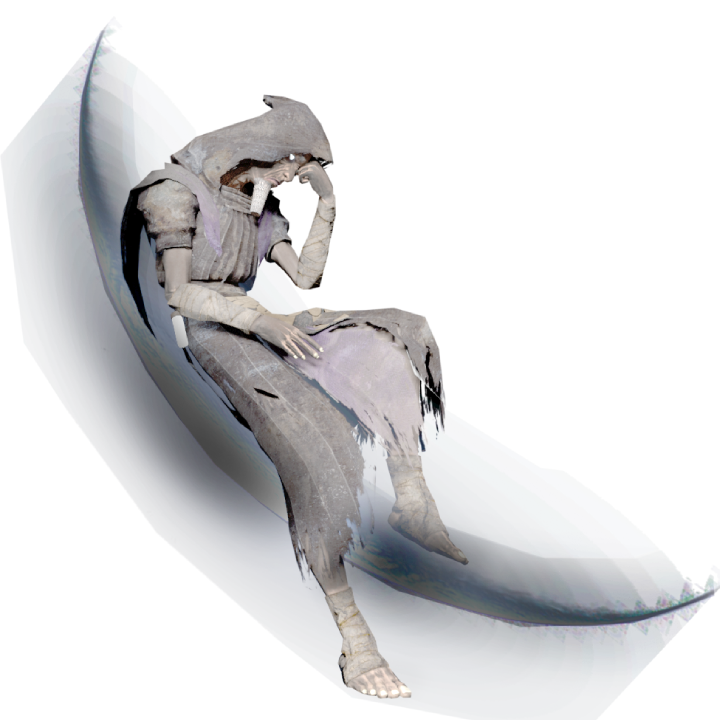 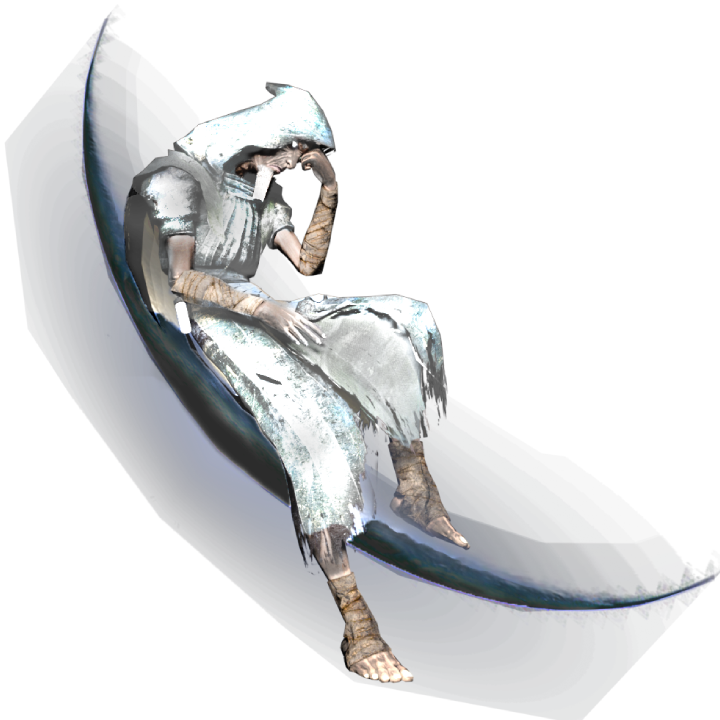 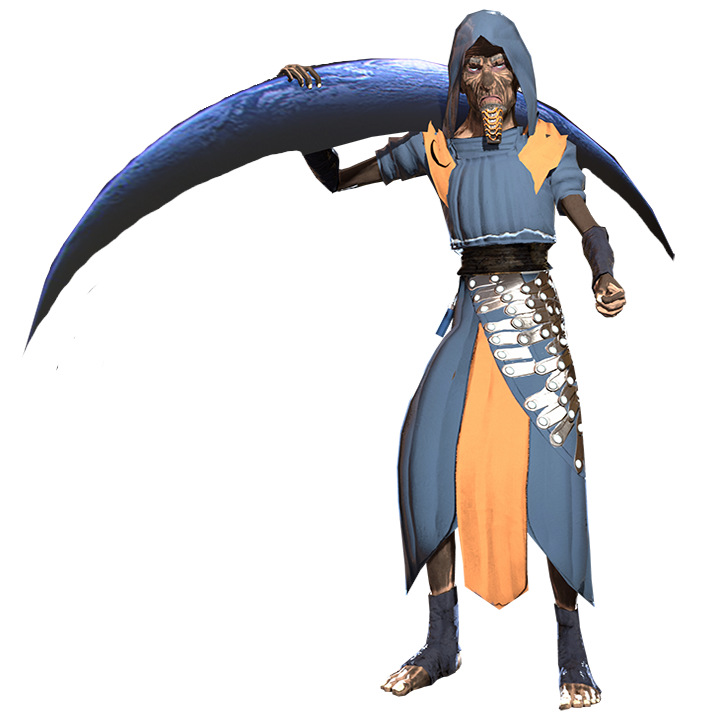 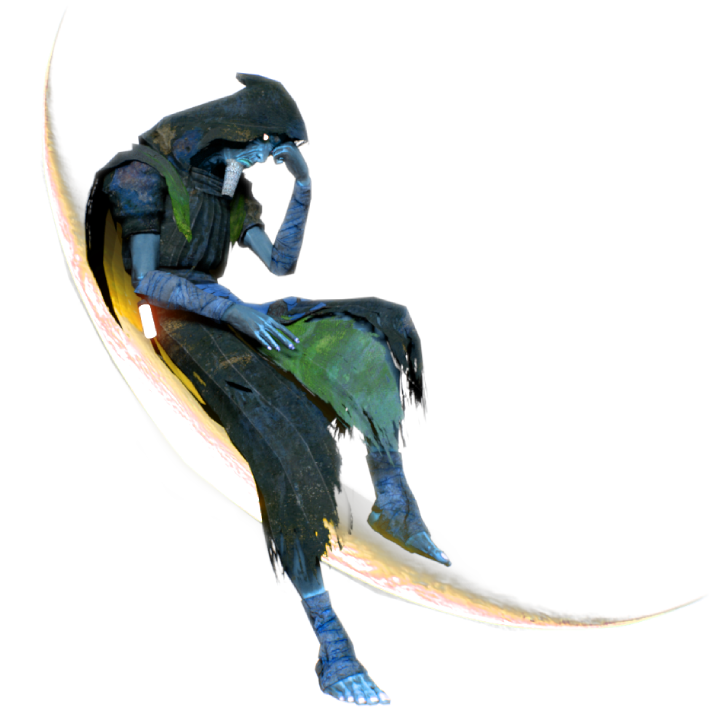 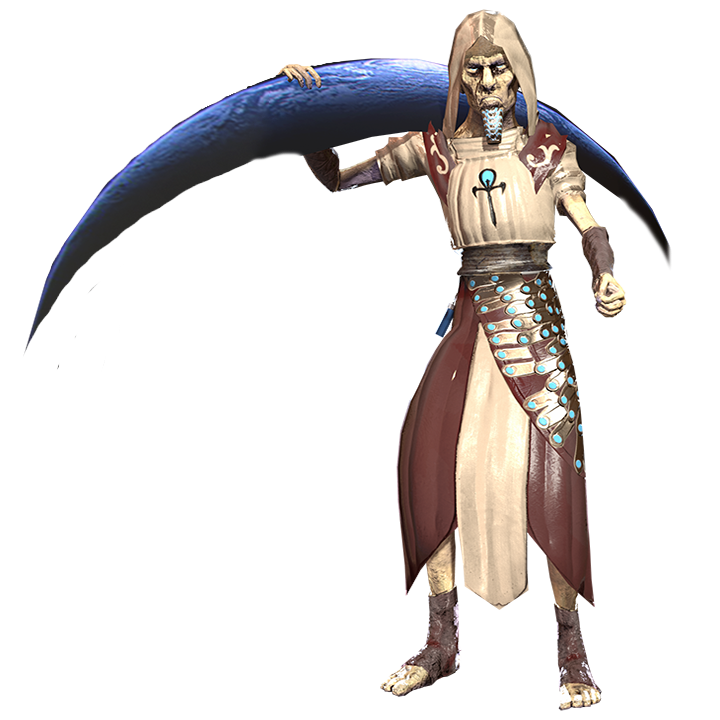